What should have been a breeze getting through the border into South Africa turned into a shit fight as Albrecht and Christine and a couple of others didn’t get their carnet (an extremely important customs document for the car), stamped as we came out of Botswana. They were in such a rush that they missed the small white sign telling us to go to customs.

Well of course I was feeling pretty self satisfied with my Botswanan carnet stamp safely in my book as we stood in line and listened to Albrecht arguing with the South African border official who told him he couldn’t get through the border without it.

The official was adamant that Albrecht needed a stamp. This meant them walking back through no mans land in 38 deg heat, across a bridge, through an animal trough and some rough terrain (at a previous border someone had stopped in no mans land for a pee and were shouted at to get straight back into the car because of lions).

There  weren’t any lions here, but it was clear that while others were already organising to walk back, There was no way that Albrecht and Christina were going to walk anywhere.

After hefty discussion the big manager finally arrived  and suddenly due to Albrechts persuasive powers, you didn’t need a stamp because of an agreement between Botswana and South Africa. BUT all those people WITH a stamp (me for example) now had a stamp out but not in and the officials weren’t going to stamp anything, which was going to create problems with the export of the car in Cape Town.  So while the Jag disappeared down the road in a cloud of dust, we were left arguing that he needed to stamp our carnets.
Meanwhile you can imagine the group angst as the Chinese whispers echoed down the long line of hot rally competitors. Remember the Zimbabwe border …….. 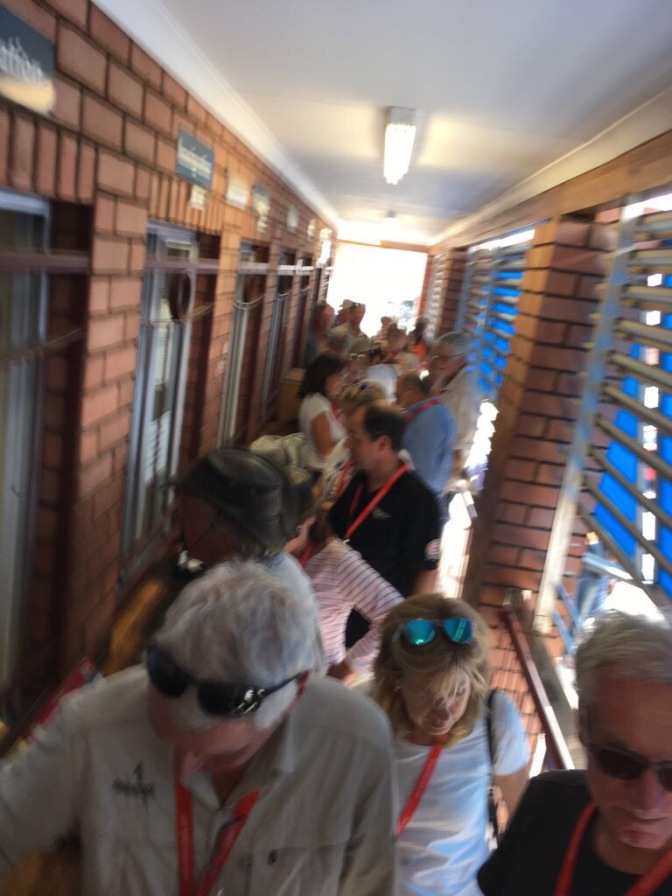 People began ripping out pages of their carnet, trying to walk back to Botswana, remonstrating with the official until Charley, the guy who deals with the shipping arrived. Still more vigorous discussion until eventually Mic arrived back, hot and bothered from his walk, with a stamp, and told he guy that he did what the official had told him. That was  the turning point and finally we all got through; some with a stamp, some without and some with no pages in their

Now in South Africa, we can see a huge difference in the countries. The first noticeable thing was people jogging, suddenly there are colours cars instead of the generic white vans, mining activity, shopping malls and industrial developments. 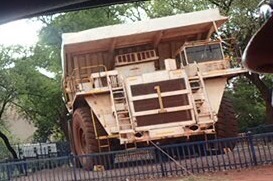 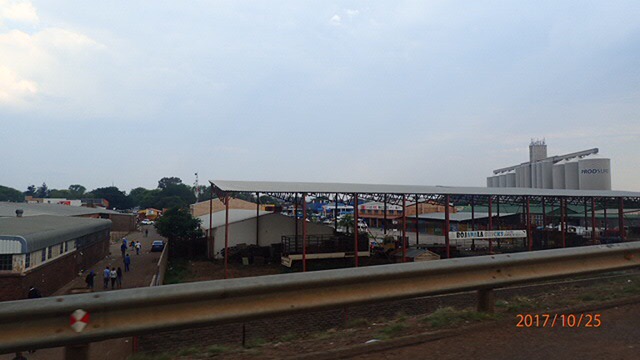 We are staying in a crumbling relic of the past. Built by the hotel magnate Sol Kerzner in 1979, it has a casino, two golf courses and the building itself looks like something from Raiders of the Lost Ark. In the middle of nowhere it is a fantasy castle that promises every luxury. Underneath however lurks the Reality; drains that clog, wild cats in the dining room, practically impossible to order a beer in the bar, even though there are ten people standing around, and it’s like Alfred Hitchcocks, ‘The Birds.’

We went to a game park this morning at 5.30 and saw some great animals, including 13 rhinos and a lion! 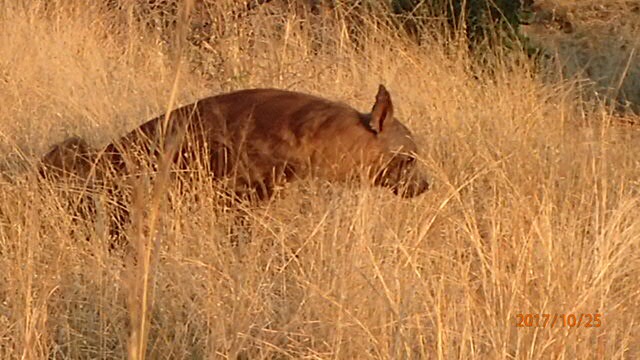 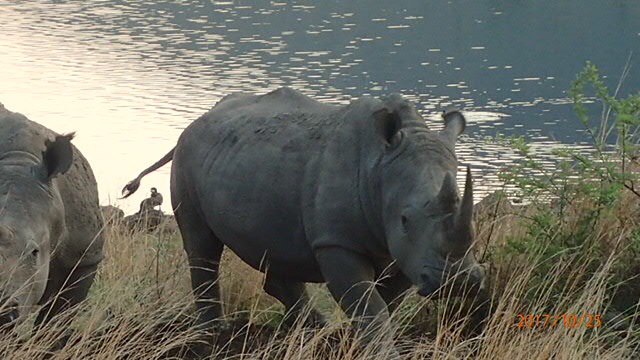 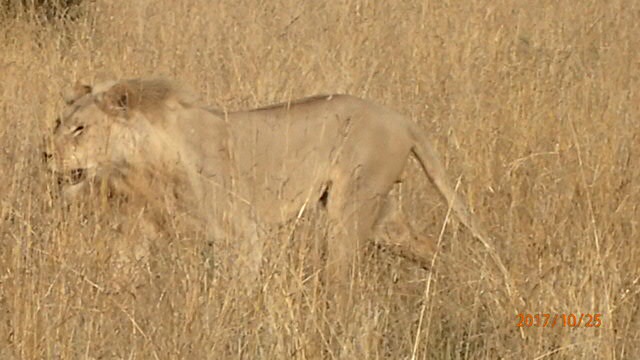