Fences in Africa are more to keep the animals out rather than keep them in. Today we had everything wandering across the road from elephants, cows, goats, donkeys, big birds, pea hens, vultures waiting for us to pass so that they could feast on a dead elephant lying on the side of the road and baboons. If they wern’t crossing the road, they were standing so close to the side, munching grass, that we were never sure that they wouldn’t make one step sidewards into Tilly. 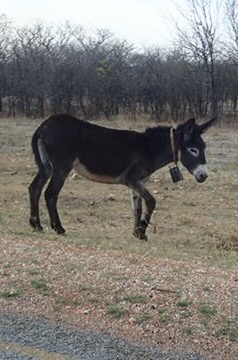 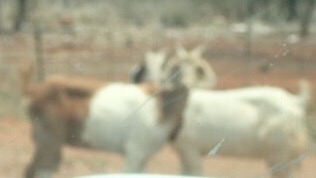 Then of course there were the other animals standing on the side of the road, with a camera. I think the Botswana police thought they’d make a killing  and we were of course prime road kill victims. White, rich foreigners with ready access to the ATM at the garage two kilometres back down the road.

The first victims were Steve and Samantha, an English couple from the Midlands, who have been so busy with working and kids that they haven’t had time to do much travel. Steve is loving every minute and wants to do it again as soon as possible. He drives an red Datsun and is an eager beaver on all the time trials. Sam is open, friendly and uncomplicated as she sits next to him with her lip gloss and cowboy hat.

He was our saviour as we were behind a truck and Gunther was gearing up to roar past when we saw Steve on the side of the road (I’m sure we give everyone the shits as we overtake at 100 decibels). Then we saw the camera and then we saw the police car. Thank heavens we had slowed down to see if Steve and Sam were okay.
Doing the right thing as I would have done, being a good Canberra girl, they filled out all the paper work, went to the ATM, drew out 900 pula and paid the policeman.

The next one was Tom and Femke from Holland. Femke is one of my most favourite people on the trip. An honest, down to earth woman with a warm, big laugh. Tom is 2 metres tall and almost the town mayor in the small town they live in. A total showman, driving into Francistown yesterday in his Mercedes 280SL Pagoda with the roof down, he put on Bob Marley and made the peace sign to all the people cheering from the side of the road. I told him  That Bob Marley comes from Jamaica, he replied that all men originated in Africa.

When they got pulled over for speeding Tom said, “Oh I thought it was miles per hour” and when the policeman still just looked at him and asked for 900 pula, Tom said,”I only have 500 cash” and that’s all they paid.

Then there was Albrecht and Christine who have worked all over the world; Russia, Africa, America and Europe. He is as smooth as cat pooh and very charming. They drive the Jag M1 which has been all over the world in various rallies. They won the Pan Americana in Mexico last year. He drives like a bat out of hell and she has a beauty case the size of a Samsung suitcase.

Christine was able to give me a toothbrush and someone else some eye makeup remover (and she still has three spare toothbrushes). She wears rouge and lipstick every day. They call each other ‘Haasie’ (rabbit) which is also their sir name.

﻿They took out the prize for speed, 116 in an 80 zone. When they got pulled over the first thing Albrecht said as the policeman began to fill out the many pages of paper he had in front of him,” I don’t need any paperwork sank you” in his heavy German accent as he tucked 300 pula into the policemans top pocket.

Three German cars were pulled up driving together and even though only the first one was pinged, they all had to pay 900 pula each.

Remember the pikers in the mini bus? I do have to add that on the border back from Zimbabwe they had a distinct advantage as the driver knew everyone on the border control (Uncles, brothers friends), and after our ten friends slipped  $US20 each in their passports, while we were standing in 37 degree heat in the sun in a queue behind a bus of Japanese tourists, they sat in their air conditioned bus for 10 minutes while the driver went in to see his uncle.

So all in all a lucrative day for the Botswanan officials. Tourism brings in all sorts of revenue.