We watched the red lechwes fleeing from danger, real or imagined on the grasslands of the delta. Members of our group watched a pack of wild dogs ravage a pregnant impala. In minutes there was nothing left, not even bones. The dogs tore the imapa apart, and the onlookers could see the baby impala being devoured. They also watched a pregnant impala being attacked by a leopard and dragged up into a tree. I’ve got serious animal photo envy. It’s certainly not a walk in the park out there in the Okavango Delta.

We had a similar fleeing behaviour from members of our group yesterday, just like the wildebeests. We only had to go into Zimbabwe for two days and then back into Botswana. We had been hearing horror stories about the 6 hour wait at the border between Botswana and Zimbabwe, dangerous officials, corrupt police, throw in an Angolan refugee or two, murder, rape and plunder, bad roads and less time at Victoria Falls and suddenly there were various sub groups breaking off into  huddles and booking flights and buses, leaving Gunther and I standing there with our bags and Tilly, with massive FOMO.
When someone did finally ask us if we wanted to go on a mini bus, I tossed my head and said, “No thanks, we’ll drive.” No cutting off my nose to spite my face.

Anyway, Gunther and I had crossed the same border 38 years ago and we wanted to do it together again in Tilly.

We left at 9 am and drove to the border following our friends in their Alpha Romeo Jeep which has problems with the steering and the front wheels were wobbling like my tea lady arms. It was quiet in the car as we both worried about nasty officials and long queues. We had to wind around the pot holes in the road and it had rained overnight and the road was very muddy.

It only took 20 minutes to get to the border where we parked the car and joined the queue. Because we were early the room was crowded but not that bad and after only 20 minutes I was facing a big, black border official who took the passports without smiling and began flicking through the pages. I tried to put on my nicest face. We’d been told it cost $US30.00 each.

I handed over $US70.00 and he put the money in the tin in front of him and kept flicking.

I cleared my throat and just couldn’t help my Australian ‘fear of being ripped off’ background coming out, ” um, have you got the ten dollar change?”

He looked up slowly and after a few seconds said, “No change for you”

I warily looked at our friends behind me and whispered all around,” Have the right money” turned back to the official, with my even friendlier face on and I finally shut my mouth.

Suddenly he looked up, gave me a grin with his big white teeth shining, handed me the $US10.00 and said, “Just joking!” And we were through the border. So much for rape and murder.

That was a typical African joke. They love taking the Mickey and often you have  to try and work out if they are serious or not. I should be used to that, Australians are the same. 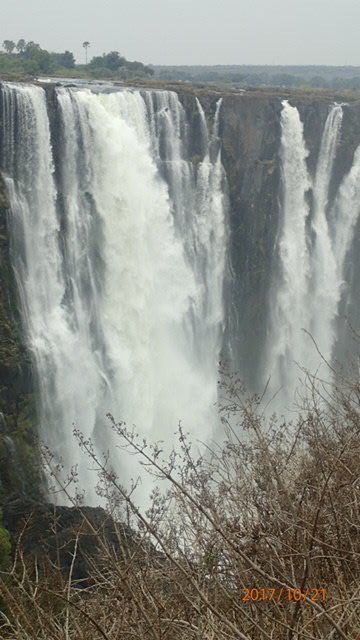 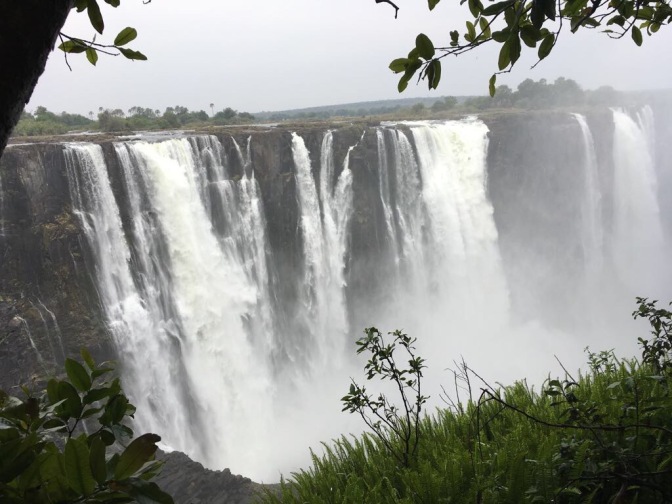 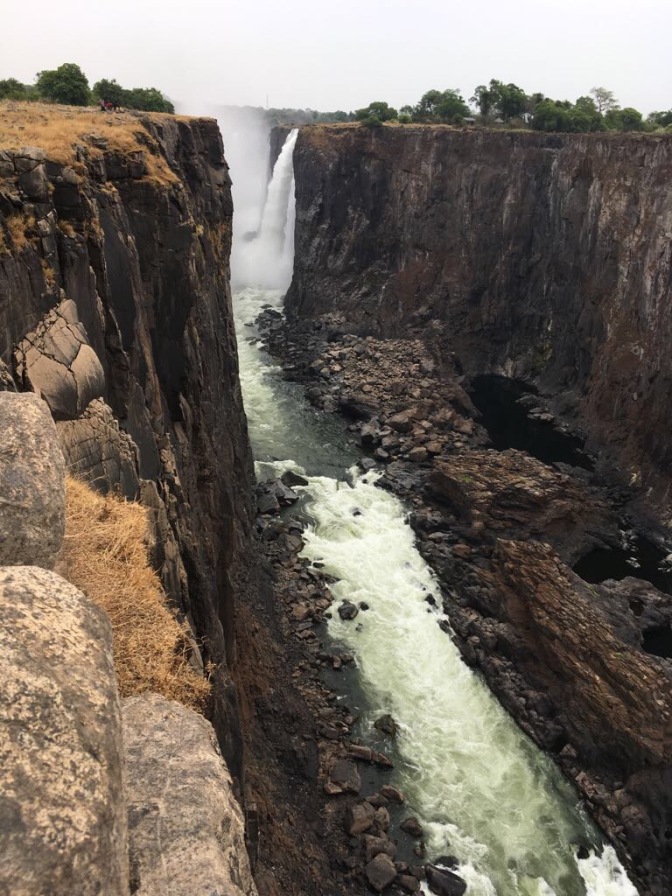 Victoria Falls really is a world wonder and it has been a very relaxing two days. Tomorrow we begin the rally again. 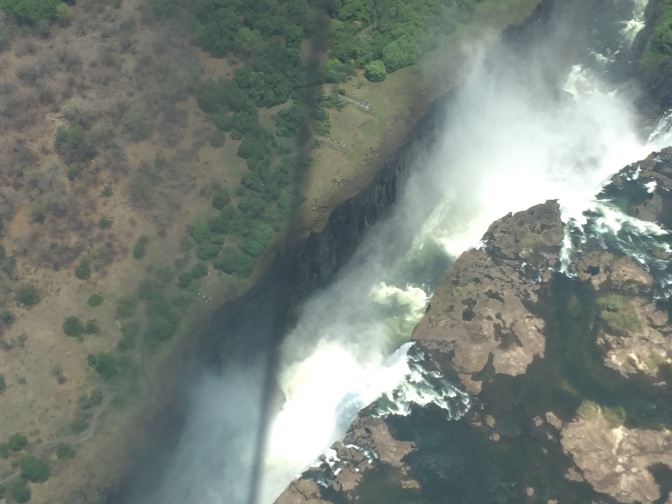