We are  crossing roads at the same place as we were 38 years ago when Gunther was trying to crack on to me on our tour through Africa. Around here at that time the freedom fighters from Rhodesia were around. We were sitting in a pub one night and Gunther may have been a little cheeky to a freedom fighter sitting with us having a beer or two. Suddenly he held an AK 47 to Gunthers head and threatened, “Don’t put shit on my country man.” Gunther  has a fine sense of survival and knew when to buy a bloke a beer!  At some stage we were hustled out the back door when more trouble was brewing. On one of the trucks after us six people disappeared never to be found again.

We have had many adventures since and if I had only known what a full and rich life we would have together, I would have said yes straight away when Gunther asked me to marry him in Nigeria over a plate of porcupine. 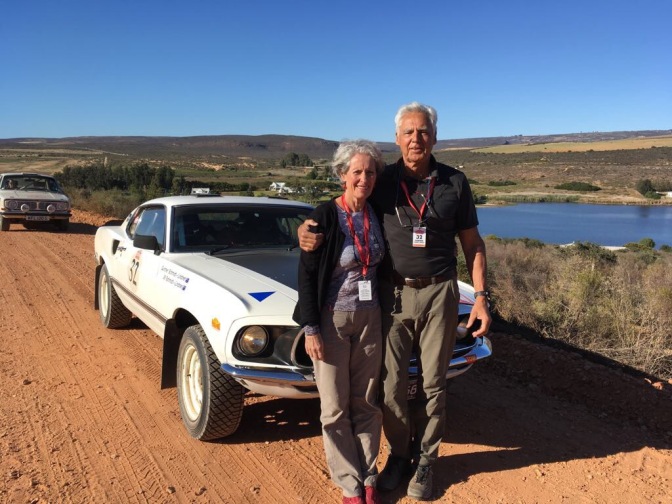 Today we entered Botswana on the hot tarmac roads. One of the cars measured 53 degrees inside.  In the old Bentley they were dying as the big engine heated up and blew the hot air over an already very hot couple. 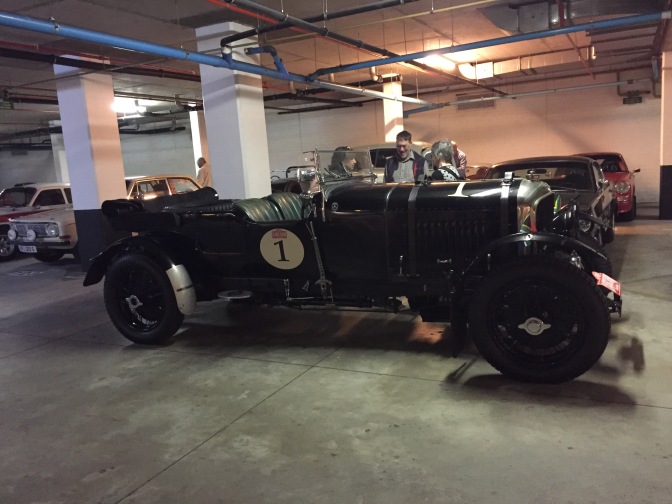 I’m afraid the rally news over the next couple of days will be scarce because Tilly is sitting in a Hotel car park in Kasane. No, she’s not in a garage, she’s having a beauty treatment and a well earned rest.

David has the trailing arm back in the Triumph and the mechanics are having a two day holiday. We still have a long way to drive.

This morning we caught a small plane to Camp Okavango in the Okavango Delta and landed on a grass airstrip with a herd of redlechwes grazing on the grass.

The lodge is beautiful and we will be picked up from our room tonight to walk to the dining hut because of a family of lions that was here last week. I am learning that the Africans love to make jokes and although there are lions in the Delta, I’m not sure whether to believe them or not.

After a canoe ride this afternoon on the waters of the delta we had a beer on the air strip and walked back to the lodge with a family of six giraffes eating the trees not 20 meters from us. Baboons on our verandah, elephant pooh outside the door and phantom lion families. I couldn’t imagine having a beer in the tarmac at Frankfurt airport.

We had an elephant nearly now us down in a little boat. That was pretty scarey, before he decided to have a swim and wander away! 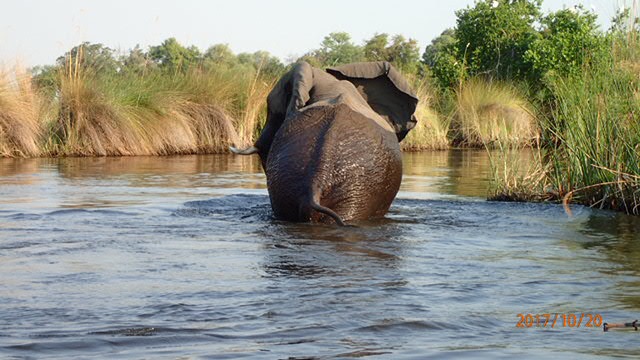 There are no roads here and we are in the middle of a 16000 square kilometre area of a UNESCO World Heritage site.

The eco tourism adds 11% to the GDP of one of the most stable countries in Africa (also rich in diamonds), and I am impressed at how  Botswana puts money back into the villages and people to develope the country and how they can work with Angola to preserve the river system here. 50% of the population is under 15 and every school has a compulsory environmental education with field trips and projects. 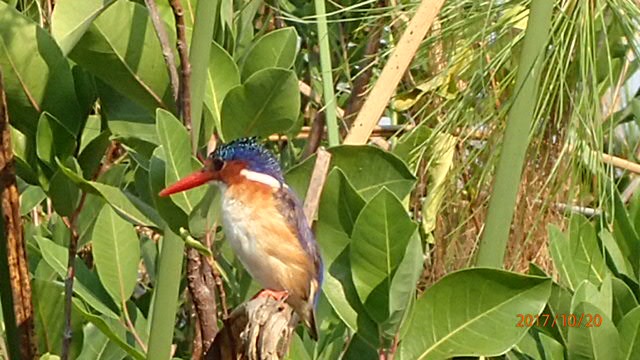 I’m lying on the bed watching a giraffe walking across the back yard. I think I’ll stay for a while. Who needs hot Tarmac and  petrol sniffing.