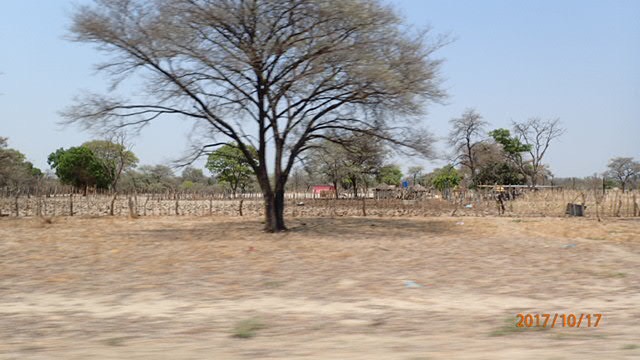 So far there are seven new four wheel drives sitting in the line up with six of the rally cars in their way back to Cape Town on the back of tray tops. Two Porshes (one burnt), a Ferrari, the Alvis, a Morgen, a Mercedes and one VW beetle which wasn’t finished in time in Cape Town. Apparently the grader have been on strike for 4 months and the roads are atrocious. 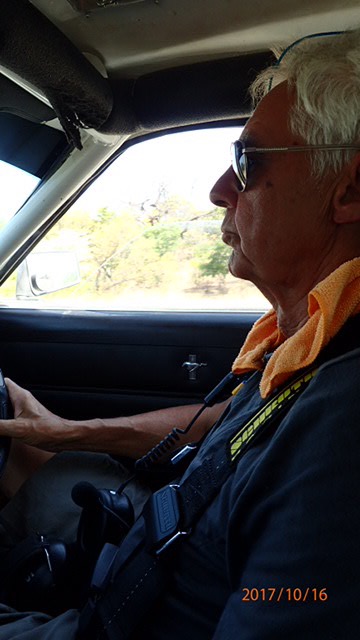 David finally got towed out of the desert with his Triumph and is waiting for his wife to fly in from England with 120 kilos of  trailing arm in her hand luggage.

So you can see the rate of attrition has been huge. 20% already and we pray every day that Tilly’s legs hold up. Gunther says the Mustang has a strong heart and weak legs. Lolly legs. Sound familiar boys????

The smooth gravel roads described in our book are in fact rivers of hard corrugation which are deadly for our Mustang legs.

A long, hot and monotonous road moving further into Africa with temperatures reaching 42 degrees which is really warm enough without a V8 engine burning holes in your feet through  the metal kick plate. Throw in a power surge or two (hot flush for the uninformed) and no air conditioning because of weight issues and that was our day. On a road that runs in a straight line from point A -Etosha to point B -Poppa Falls on the Okavango River.

It looks now like the Africa I remember from 38 years ago. Round grass huts and shanty villages, people walking continuously along the road, women carrying water on their heads and kids that swamp the car when you stop begging for money or lollies.

One of the cars stopped ( a 1953 Alpha Romea Jeep with Marco and Marriane from Luxemburg) and a group of four kids turned into 50 and when they didn’t get the money or lollies but only a finite number of pens that Marriane wanted to give them, some little boys began throwing stones. Lesson number one, don’t stop in front of a school. Although there was a constant stream of kids in all different colors of school uniform. So although they may live in the grass huts, some still wear a school uniform to school.

We are moving away from the Namib, the oldest desert in the world, through the Caprivi Strip and towards one of the most fertile strips of land in Namibia. The Caprivi Strip is a corridor of land divided up by the English and Germans in far Berlin with a pen and a map in front of them A funny tongue of land between Botswana and Angola and bordering on Zambia. All about power and trade. The conservationists are working on opening it up for animals to migrate Eastwards.

Conservation is a complicated issue but Namibia is a long way forward in creating sustainable conservation programs that also benefit the local people. There’s no use in antelopes surviving if local people still haven’t got proper housing….

We had our last time check at a hot, dusty corner of a petrol station. I felt sorry for the marshalls having to stand here for hours. The town looked very uninviting as we drive through to get to the hotel. Dry and dirt, with rubbish lining the side of the road.

Whoops how did that picture get in there???? Oh well… 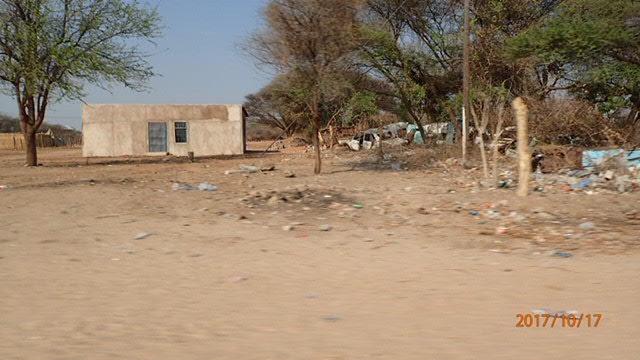 “No, it’s not this one,” I said, I must admit to a slight tone of irritation. I was hot and bothered! “it’s further on”

“But this one looks new,”

We could hardly read the  dusty sign for the next hotel. “Here, turn here”

” it can’t be” said Gunther as we looked down a sandy dirt road with goats and a couple of kids sitting in the shade. “I’m driving on. You must be wrong.”

As we turned back a kilometer down the road, I couldn’t help it, “Don’t second guess the boss.” It didn’t help the hot botheredness in the car!

We nearly got bogged in the sand heading down the track and as he turned into the next wrong entrance I just shut up as he turned around again and headed further into the sand.

“We’re going to get bogged! It’s typical that we have the worst hotel!” He ranted as we ploughed through the sand towards the third time lucky entrance.

As we drove through the right gate at last, green trees and no sand I breathed a sigh of relief.

We were just in time for the river cruise which they grudgingly put in because luckily one car had been in the same lodge three years previously. They had to get the capitan back from home and load up the esky with beer and water, luckily because we were, “parched es bro”

﻿Rhino’s poking their little brown ears and tired looking eyes (they have worse rings than me at the moment) a tiny little croc and many locals bathing and washing in the river was a lovely end to the day. The river is hardly a metre deep and the hippos apparently walk underwater and then lumber up into the ruver edges at night to graze with the cows. Funny.

2 thoughts on “A LONG STRETCH OF TARMAC”